You may have heard about RankBrain, an algorithm being developed by Google based on artificial intelligence.

RankBrain is being used to rank pages in 3.5 billion Google searches every day.

What is RankBrain? How does it work?

And how can you optimize for it?

That’s what I’ll be showing you in this article… 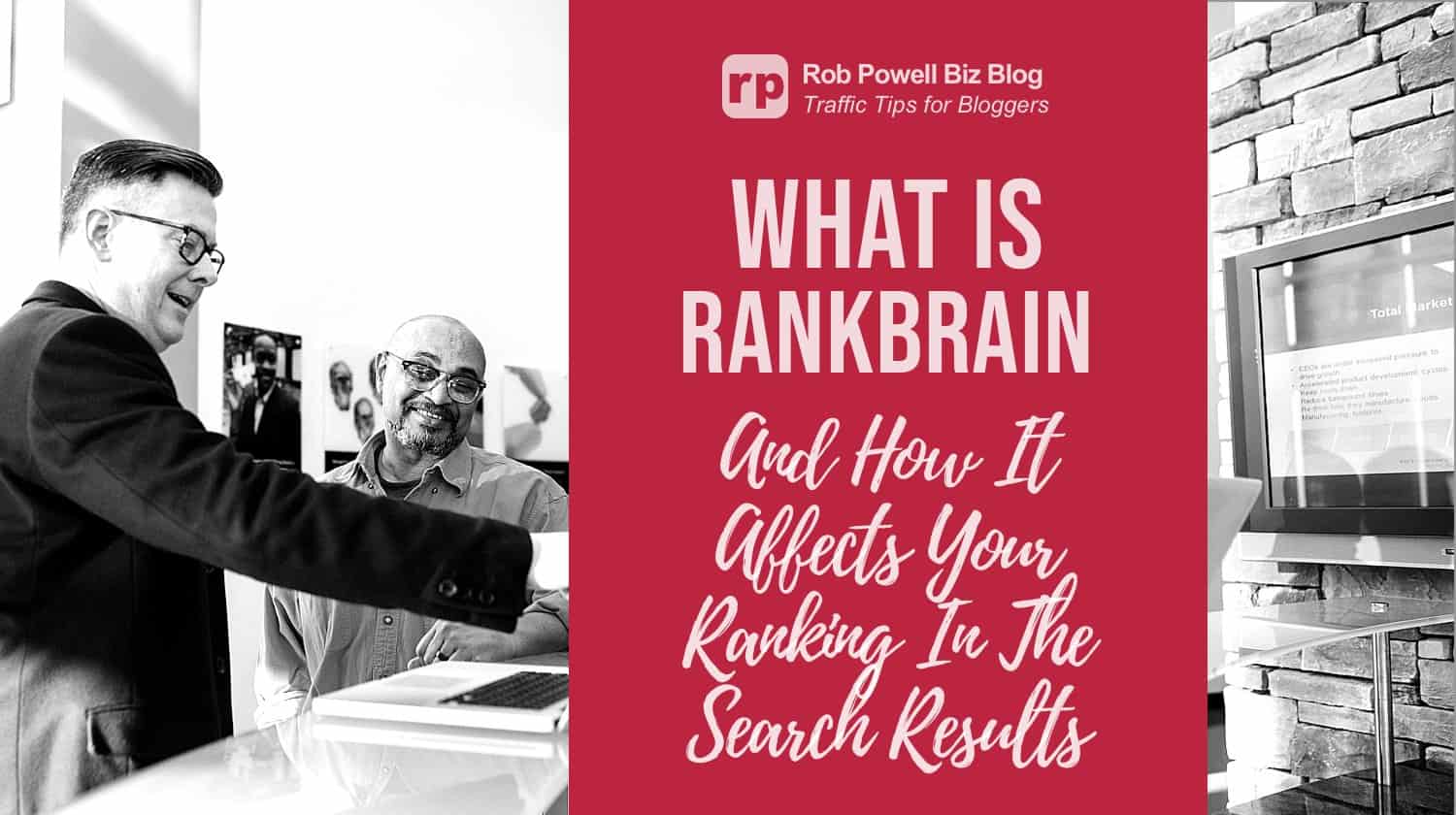 Table of Contents
1. What Is RankBrain
2. Will RankBrain Replace Backlinks?
3. How To Optimize for RankBrain
Conclusion
Related Articles

RankBrain is a ranking factor based on Artificial Intelligence and Machine Learning that forms part of the Hummingbird algorithm.

Google announced RankBrain in 2015 and said that it was handling about 15% of all Google searches.

But just one year later, Danny Sullivan of Search Engine Land reported that RankBrain was being used in every Google search.

According to Google, RankBrain is now the third most important ranking factor after content and links. 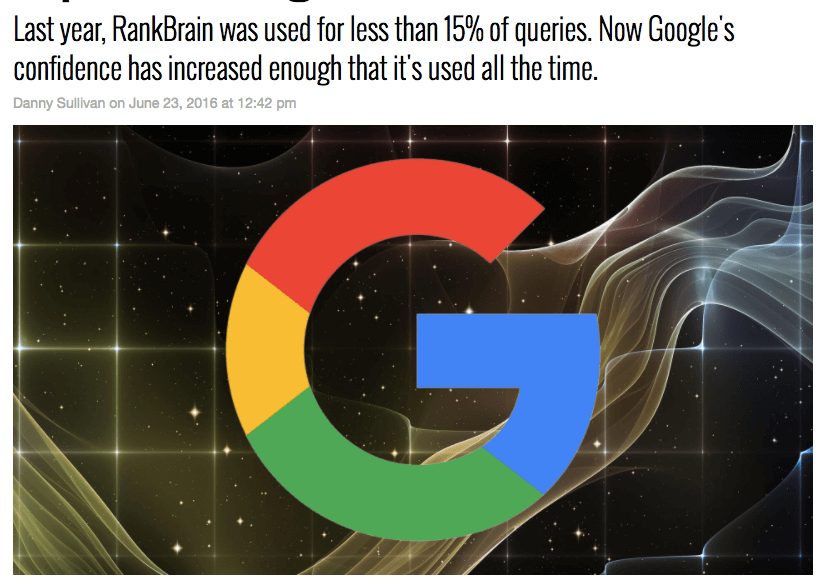 The main thing about RankBrain is that it’s quite different to any other previous ranking factor.

Because it uses machine learning or artificial intelligence.

Before RankBrain Google engineers would create a mathematical algorithm that would ‘weight’ certain signals and produce ranking results based on those signals.

But with RankBrain, the algorithm is itself constantly learning and adjusting. It’s no longer dependant on engineers to tell it what to do. It knows what to do, based on patterns that it finds.

To give you a concrete example, RankBrain understands that Paris and France are related the same way Berlin and Germany are (capital and country), and not the same way Madrid and Italy are.

And the amazing part?

RankBrain wasn’t programmed to understand those relationships – it learnt them itself.

How does it do that?

A vector is a mathematical entity that has direction as well as magnitude and can be used to determine the position of one point in space relative to another.

In a nutshell, that means RankBrain sifts through vast quantities of online text, finding mathematical relationships between different words.

Instead of being told that Paris is to France as Madrid is to Spain, it can learn that relationship itself, simply by examining vectors or patterns in the way that words are used.

One thing that’s different about RankBrain is that it understands context. For example, when a searcher types in “how many fluid ounces in a cup?” RankBrain will look at the country where the query was made before giving an answer.

In an article titled Why Link Building Is Not The Future of SEO web marketing guru Neil Patel argues that user experience is going to become much more important than link profiles.

Google’s ultimate concern is to improve user experience. Does this web page answer the searcher’s query? That’s the only issue that Google is really interested in.

But click through rate, time on page, and bounce rate are eventually going to become much more important than links.

Links have traditionally been very important for Google. In fact, links are what made Google so successful when it started out in late 1998.

Google realized that the more inbound links a page had the more relevant it was and it was the first search engine to start using that as a ranking factor.

But links are old technology.

They belong to an era when search engines couldn’t understand context.

Back then, the only way search engine could understand content was by looking at human behaviour. The more external links a page had, the more relevant it was.

But with Hummingbird, RankBrain and Latent Semantic Indexing, Google can now understand context. It doesn’t need backlinks as a signal of relevance in matching query to content.

So will backlinks eventually be removed as a ranking factor?

There’s been a lot of debate around this. For an excellent summary on why backlinks are a flawed and out-dated ranking signal, see John Romaine’s article What is the Future of Google, Backlinks and the Algorithm?

But the truth is, backlinks are already losing importance…

…as Neil Patel shows in his article How Google Hummingbird Really Works. 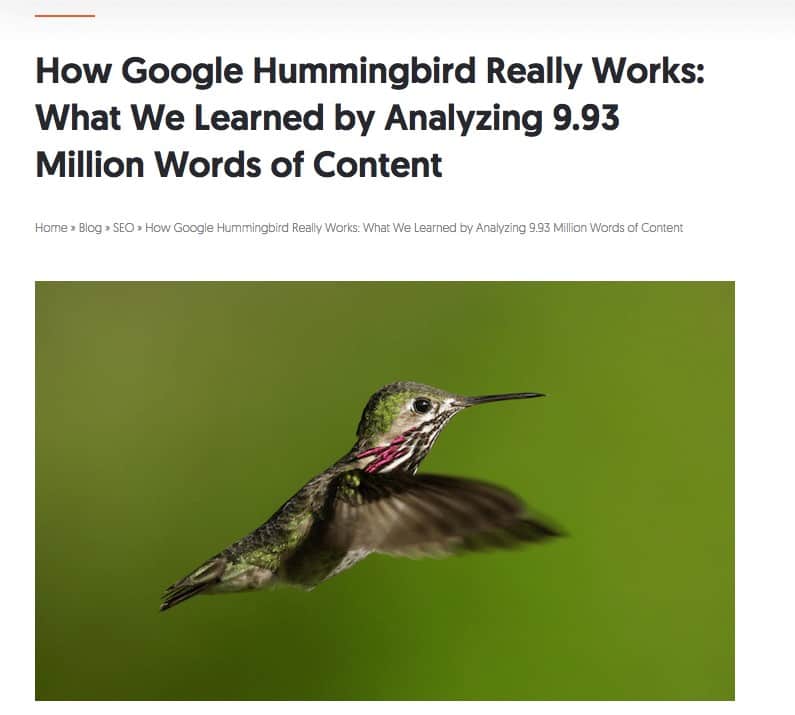 Neil teamed up with Market Muse to examine the rankings of four websites that deal with personal finance.

What they found was fascinating…and disturbing for those who rely on backlinks for their rankings.

A website called MagnifyMoney.com had a tiny link profile but it consistently outranked another personal finance site with 20 times the number of backlinks.

As Neil Patel explains in the article: “…this is insanely significant”:

All throughout search engine optimization history, backlinks have been the single biggest reason for a site’s rankings. A stronger backlink profile means better ranking on search engines, right? This isn’t true anymore. Not with Hummingbird. You’re looking at the evidence – Neil Patel

3. How To Optimize for RankBrain

So now that you know what RankBrain is, how can you optimize for it?

The simple answer is: you can’t.

Because, as A. J. Kohn put it: "RankBrain is a deep learning algorithm performing unsupervised learning. It’s creating its own rules".

Even when Google engineers programmed the algorithms themselves, it was hard enough for SEO experts to work out what the ranking factors were.

With RankBrain it will be next to impossible.

Having said that, there are three factors that that we can be absolutely certain have a huge influence on RankBrain:

One of the things that RankBrain is programmed to do is to study, analyze and learn from user behaviour.

Let’s say I’m a fencing enthusiast and I type a query into Google: “how to use a foil”. And let’s say Google returns a page of SERPs that are all about aluminium foil and how to use it in the kitchen.

I scan the results, realize Google hasn’t understood my question and I rephrase my query: “how to use a foil in fencing”. 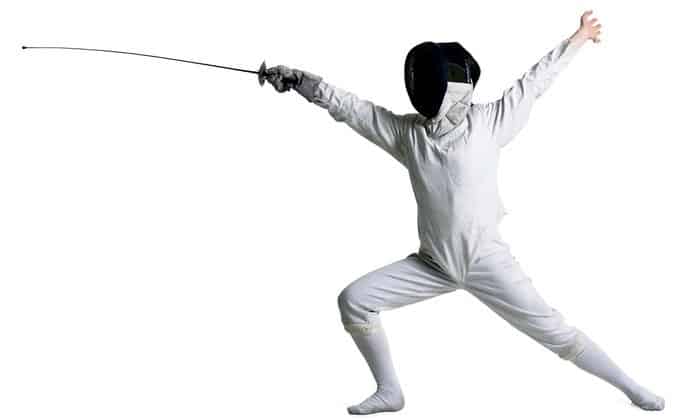 Google now gives me a page of results that matches what I’m looking for.

I click on one of the results and spend the next 30 minutes looking at two or three of the listed web pages.

RankBrain will notice this behaviour, analyze it, and learn from it.

Specifically, it will learn that when the word ‘foil’ is preceded by the definite article ‘a’, it means a sporting foil and not kitchen foil.

Everything your visitors do when they find your web page in the Google search results is being studied and analyzed by RankBrain.

That’s why CTR is a key metric for RankBrain. If a high proportion of searchers are clicking on your web page, RankBrain deduces that your page is highly relevant for that query. And you go up from Position #7 to Position #6, and so on.

If people who click on your web page spend an average of 30% more time on your page than on the one above you, up you go again.

These are the kind of signals that RankBrain is watching.

So the best way to optimize for RankBrain is to try to improve the CTR of your SERP snippet. It’s one thing to get on page #1 of the SERPs, getting a click is quite another.

This article, Optimize Your SERP Snippet Click-Through Rate, provides some great tips on how to get more clicks from your SERPs listing.

Think also about searcher intent. Does your page answer the questions that people typing in your keywords are asking?

Like the Hummingbird algorithm (which it is part of) RankBrain is about understanding the context of search queries and online content so as to better match query to content.

It does this by studying user experience.

This means that click through rate, time on page, and bounce rate are critical for RankBrain.

As search engines learn to understand the relevance of content without relying on link popularity, backlinks will become less important.

The nice thing about RankBrain is that there’s nothing you can do to manipulate it except provide your organic search visitors with a better experience.