Latent semantic indexing (LSI) is a mathematical technique that identifies patterns in the relationships between terms and concepts.

Let's look at that in more detail. 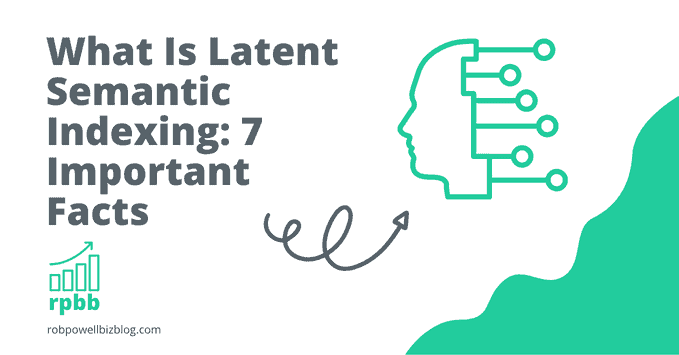 What Is Latent Semantic Indexing?

Latent Semantic Indexing is a mathematical method for finding patterns in the way that words cluster together in online content. That information is then indexed so that it can be used to answer queries.

To put it another way, latent semantic indexing studies the co-occurrence of words. By doing that, it finds the hidden (latent) relationships between words which in turn allows it to understand meaning (semantics).

Latent semantic indexing was a major step forward for the field of text comprehension because it takes account of the fact that the meaning of words changes depending on context.

At the heart of latent semantic indexing is a theory called the Distributional Hypothesis. According to this theory, words that occur in the same context tend to have similar meanings. As one linguist put it: "You shall know a word by the company it keeps."

In short, words that share similar contexts tend to have similar meanings. 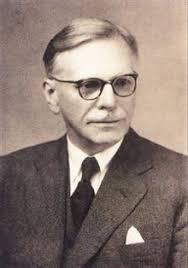 “You shall know a word by the company it keeps.”

So how does this relate to search engines?

In the late 1990s, when the first search engines appeared, keyword density was the only measure of relevance that was available. The more times a keyword appeared in a piece of content, the more relevant it was to the search query.

.Of course, keyword density failed to understand context. And it was also easy to manipulate. Websites would rank high in the search results by stuffing their content with a given keyword.

But when latent semantic indexing appeared on the scene, keyword stuffing was no longer effective.

Because with latent semantic indexing, search engines are not looking for a single keyword – they’re looking for patterns of keywords.

To put it another way: search engines are moving away from keyword analysis towards topical authority. The practice of optimizing content for topical authority rather than keyword density is called semantic SEO.

It's important to note here that the concept of topical authority applies to both web pages and to websites as a whole.

A web page that explores every aspect of a topic in depth can be said to have high topical authority.

Similarly, a website that covers a niche comprehensively has high topical authority.

For example, if all you write about is 1930s jazz music, your website will have very high topical authority on that topic. When you publish articles on that topic, your web page will likely rank very high. Your website might outrank other sites that have many more backlinks.

But if your website covers every genre and era of jazz that’s ever existed, your web page on 1930’s jazz probably won’t rank as high as the other website's article. The reason being, the second website lacks topical authority for '1930s jazz'.

We’ve talked a lot about latent semantic indexing. But it’s not the only tool that computers are using to try to understand the meaning of words.

So what is vector analysis when it’s applied to words?

A word vector is a row of mathematical values associated with a single word. Each value in the row captures a dimension of the word’s meaning.

Each number in the row attempts to encapsulate the meaning of the word according to one of four different vectors (animal, domesticated, pet, fluffy).

The difference between latent semantic indexing and word vectors is that LSI is a count-based model – it simply counts how many times words occur in a certain context. But word vectors are a prediction-based model – they attempt to predict the meaning of a word, based on vector analysis.

For example, through vector analysis, the Google algorithm “understands that Paris and France are related the same way Berlin and Germany are (capital and country), and not the same way Madrid and Italy are”

Does Google Use Latent Semantic Indexing?

This is where the controversy begins.

Lately, a number of articles have appeared online claiming that Google doesn’t use latent semantic indexing. Some of them go further and claim that understanding how LSI works is not going to help your SEO.

Of course, no one outside Google knows exactly what the Google algorithm does.

But let’s look at the likelihood (or otherwise) that Google uses latent semantic indexing.

Some have argued that because LSI was developed in the 1980s, it's ‘old technology’ and it's therefore unlikely that Google uses LSI in its algorithm.

There's a problem with this argument.

The date that LSI was discovered is irrelevant to whether it is being used by Google today.

Indeed, the date that any technology was discovered has no bearing on whether we still use it today. 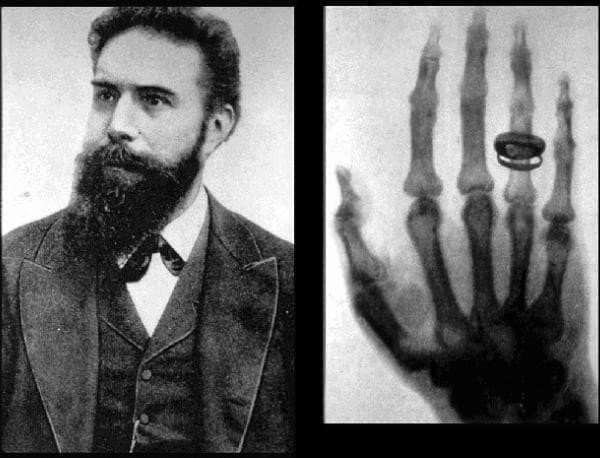 For example, x-rays were discovered in 1895 (by Wilhelm Conrad Roentgen, Professor at Wuerzburg University in Germany).  So strictly speaking they are ‘old technology’.

But it would be absurd for hospitals to say: “because x-rays are based on old technology, we won't be using them anymore”.

Here's another example, closer to home. 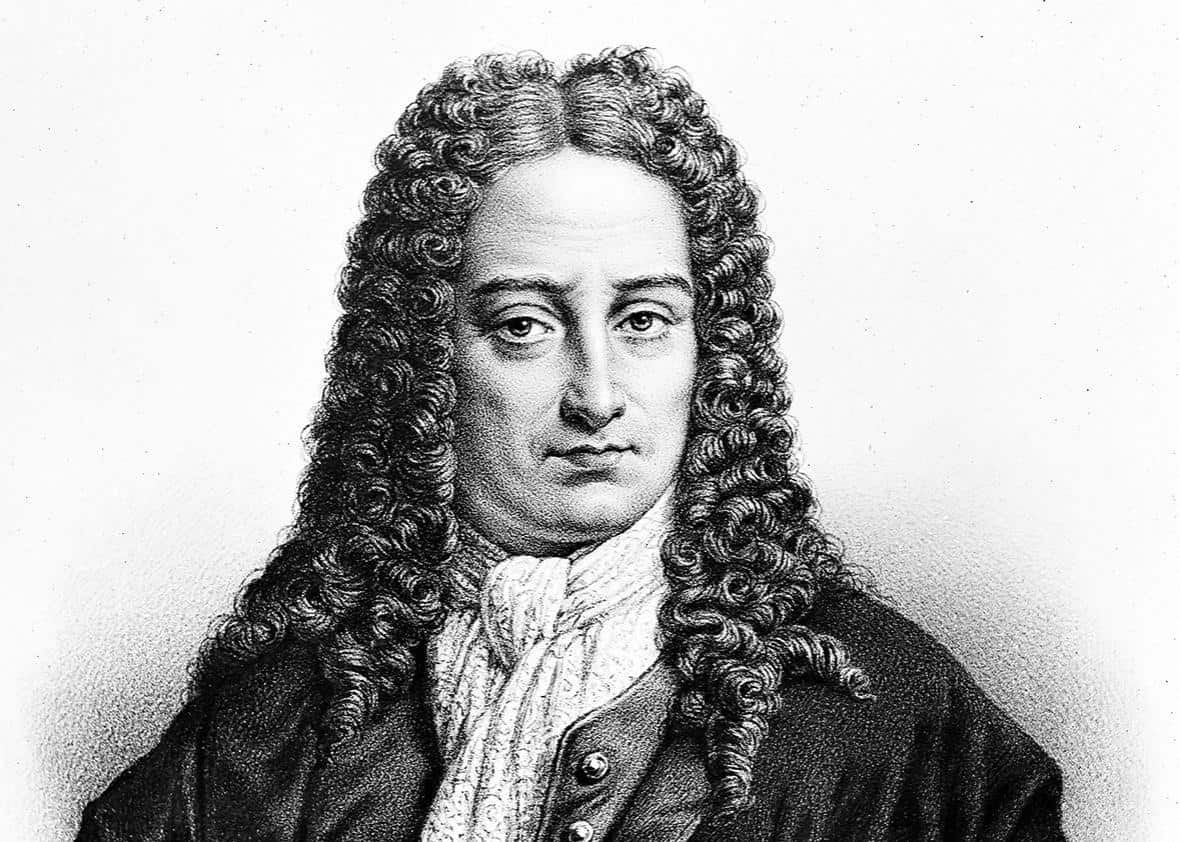 Computers are based on a binary system, where all data is reduced to a ‘0’ or a ‘1’.

The binary system was invented by Gottfried Wilhelm Leibniz, who published his invention in a 1701 paper titled: ‘Essay d'une nouvelle science des nombres’.

So you could argue that modern computers are based on an 18th Century invention. 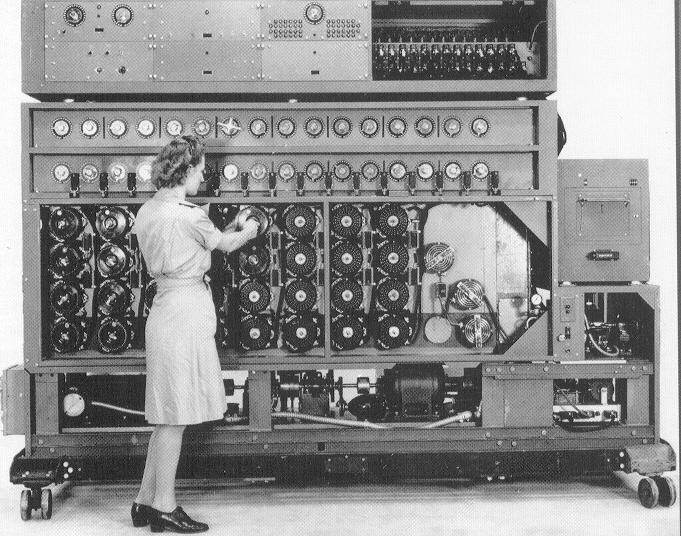 The Turing machine, forerunner of the modern computer

Some people argue for a more recent origin. They trace the modern computer to Alan Turing’s 1936 invention of the ‘universal machine’ (now called the Turing machine).

Either way, computers are based on ‘old technology’ (1701 or 1936 depending on your perspective).

So the fact that LSI was discovered in the 1980's is neither here nor there – it doesn’t mean that LSI is no longer relevant or useful.

As I said, Google is very cagey about how it’s algorithms work.

But in March 2009, Google applied for a patent in the US (US 8,145,636 B1). The patent application was titled “Classifying Text Into Hierarchical Categories”. 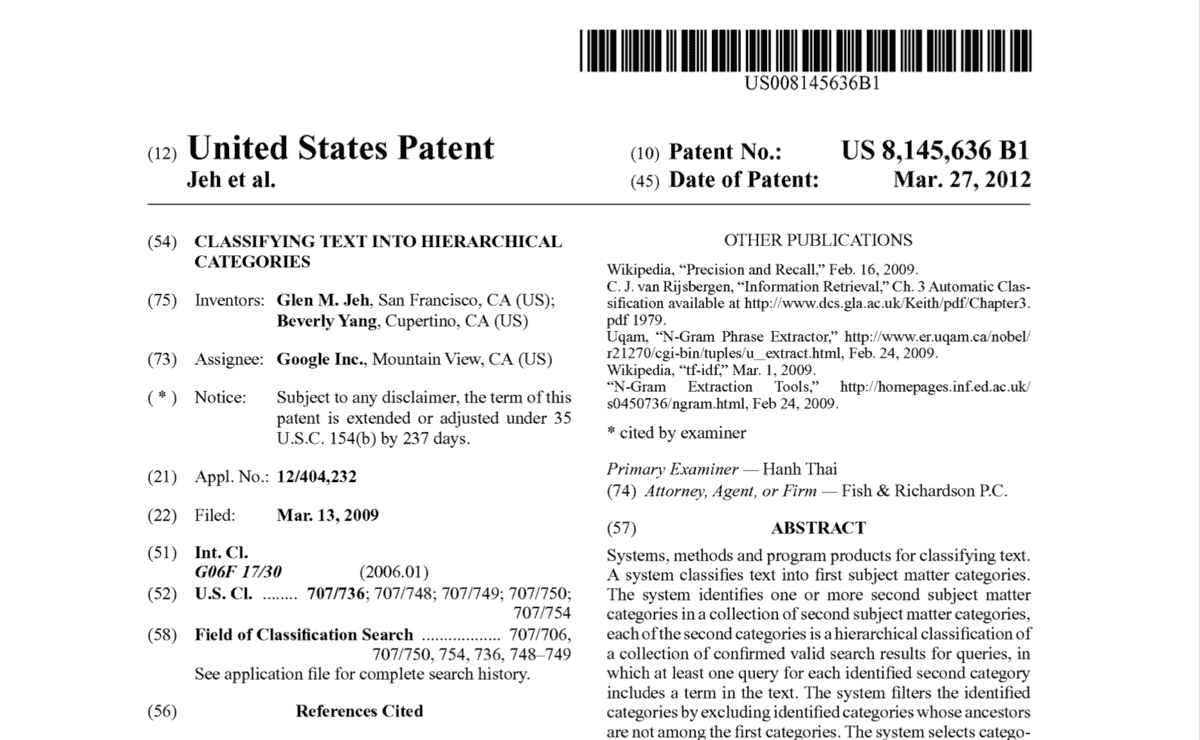 The application contains this paragraph: 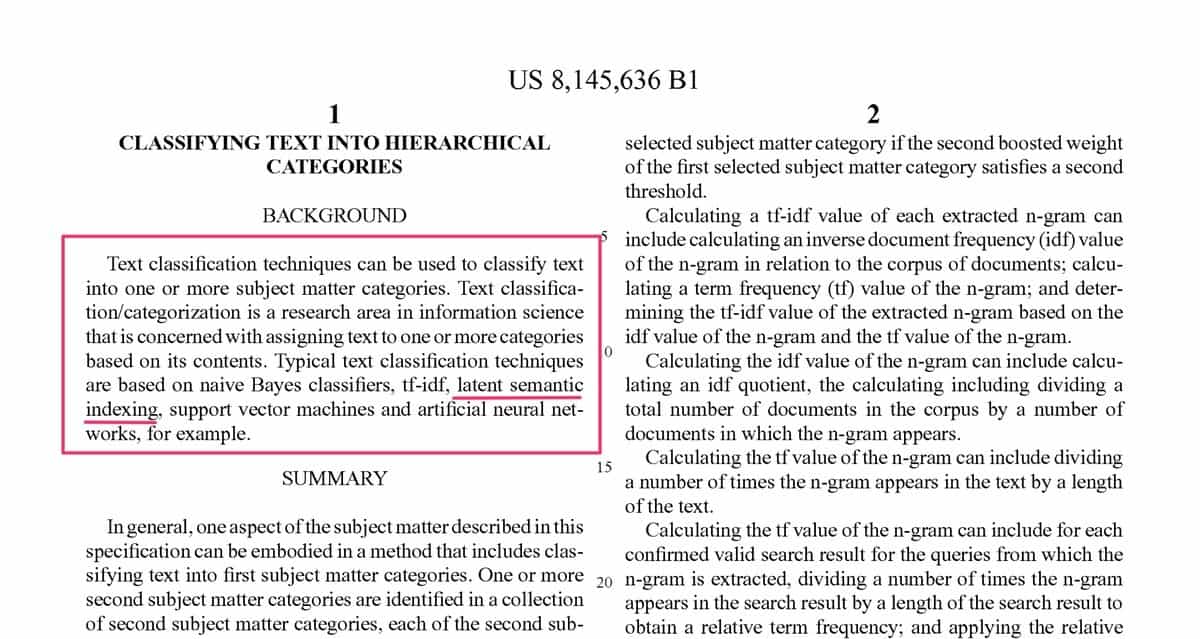 So does Google use latent semantic indexing?

We don’t know for sure.

But it would be extraordinary if it didn’t (and it certainly wouldn’t be because LSI is ‘old technology’).

How Can LSI Help You Rank Better In Google?

There are various ways LSI can help you rank higher in Google. The most important is simply to realize that Google is focused on topics, not keywords.

As I mentioned above, through latent semantic indexing Google is able to map out entire topics and the sub-topics that make up those topics. That, in turn, means that the algorithm can measure how well a piece content covers a particular topic.

To put it another way, Google can measure the topical authority of your piece of content.

Here are some ways to ensure that your content has high topical authority:

Create topic clusters. Write a core article that covers a topic in broad detail. And then write ‘satellite’ articles that cover sub-topics in more detail.

The satellite articles on the individual fighter planes will build out the topical authority of your core article.

Use Google Auto Suggest. Start typing your focus keyword into Google and notice the long tail variations that Google comes up with. Those are all sub-topics that belong to your main topic. Try to include those sub-topics as headings in your article.

Do the same with Google’s ‘People Also Ask’ (usually one third the way down the results page) and Google’s ‘Related Searches’ (at the foot of the results page) – these are all related topics or sub-topics. Include them under headings followed by a few paragraphs, and you’ll boost the topical authority of your article.

Google: There Is No Such Thing As LSI Keywords

I can’t finish this article without addressing that tweet by John Mueller of July 2019.

There's no such thing as LSI keywords -- anyone who's telling you otherwise is mistaken, sorry.

What to make of this?

Well firstly, he didn’t say Google doesn’t use latent semantic indexing. And secondly, he may simply have been objecting to the terminology ‘latent semantic keywords’.

But is there a group of related words that cluster together in a predictable pattern for the topic you’re writing about? And does Google use those word clusters to identify topics?

I’m willing to bet on it!

Latent semantic indexing is a mathematical method for understanding the meaning of words by studying patterns in the way that words group together in text content.

While there’s no hard evidence that search engines use it, it seems more than likely that they do. Search engines such as Google probably use latent semantic indexing to understand context and to map out topics and sub-topics.

Topical authority is replacing keyword density as a ranking factor. An understanding of latent semantic indexing will help you build topical authority for your articles and your website and rank higher in the search results.

2 thoughts on “What Is Latent Semantic Indexing: 7 Important Facts”