Creating an eCourse is one of the most effective ways of monetizing your website.

As people all over the world turn to the Internet to make a living, the skills we need are being taught not in Universities and technical colleges but in online courses.

I'm a course creator (and an avid course-taker) and in this article I'll show you:

table of contents
#1. Keep It Simple
#2. Audio is the Backbone
#3. Find a Workflow that Works
#4. Prepare a Script
#5. Headers for PowerPoint Slides
#6. Keep Bullet Points Short
#7. Markup Screenshots
#8. Use a Good External Mic
#9. Use a Teleprompter
#10. Standardize Your Audio Settings
Conclusion
More Articles About Online Learning

I started off creating videos where the bullet points were part of the video itself.

I use Screenflow (the Mac alternative to Camtasia). I was creating making work for myself by creating animated text from within Screenflow itself.

If you’re creating a standard-length video course (mine is 12 modules with 31 lessons) you need to find a fast and efficient way to create your videos.

This is the method I eventually settled on: 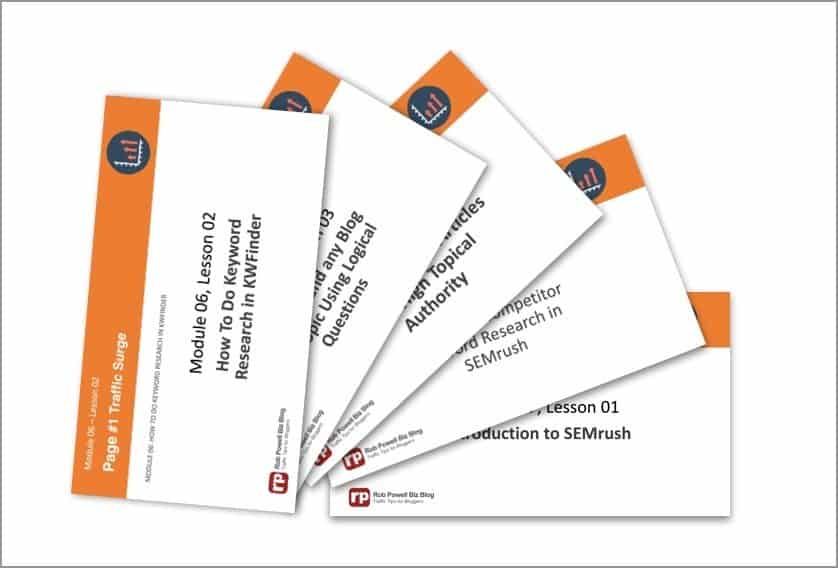 #2. Audio is the Backbone

When you make a training video there are lots of moving parts all competing for your attention.

I felt quite overwhelmed by it all.

Until I realized something:

The backbone of my video was the audio track. Everything else (the PowerPoint slides, the screenshots, the video clips) hung off that audio track. 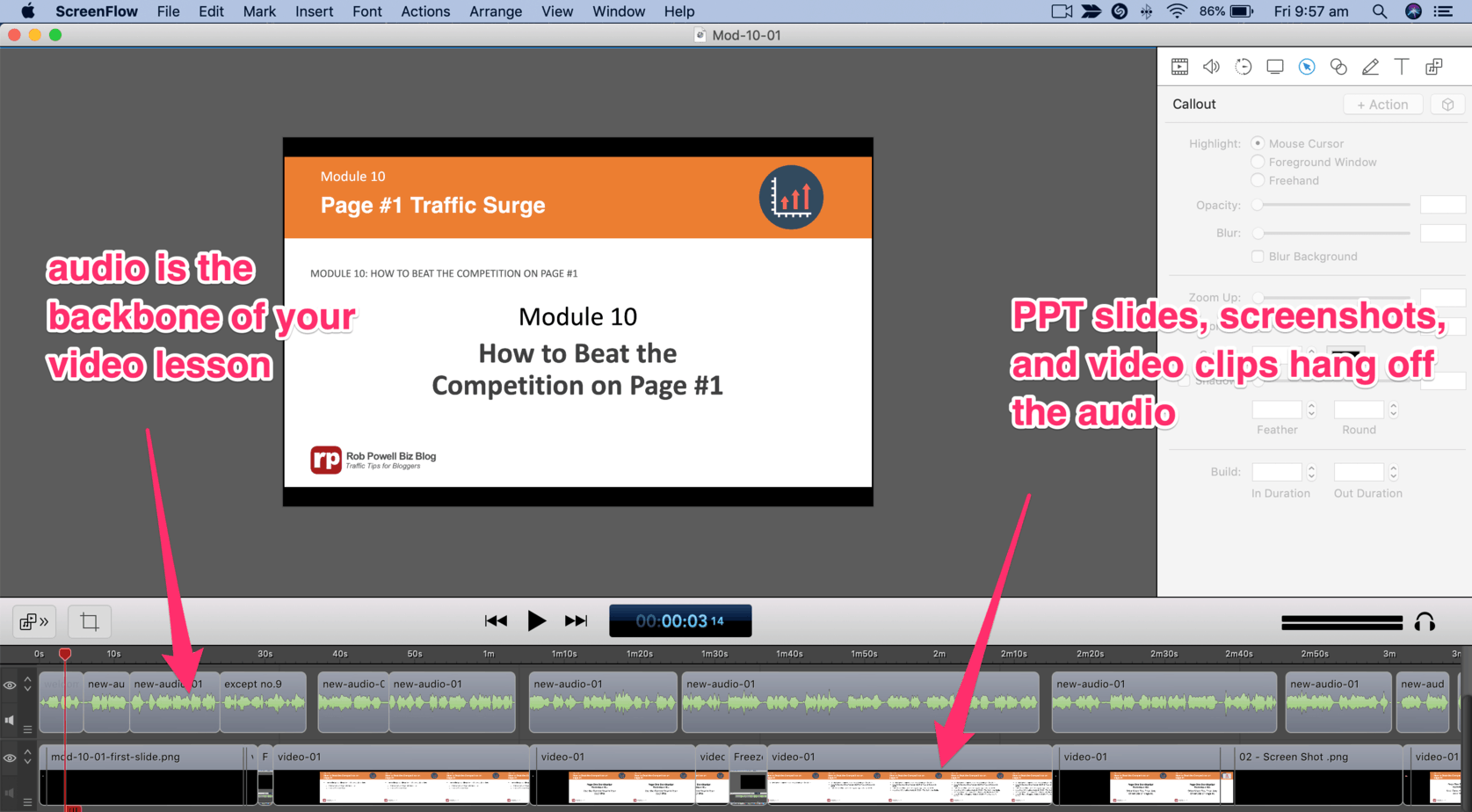 Once I understood that the audio recording was the backbone of each video lesson, everything else fell into place.

#3. Find a Workflow that Works

It took me days to discover a workflow that works.

This is the basic workflow that I finally settled on:

When I started recording my video course, I had just finished an amazing video course by a husband and wife team who didn’t use a script.

They had talking points, but they spoke spontaneously.

I liked their presentation and I really wanted to do that.

I tried it over and over again.

It just didn’t work. I would forget what my next point was. There’d be a pause. I would keep going, stumble again. And eventually I would just freeze up altogether.

After a whole day of screaming at myself and my computer I eventually had to admit that the spontaneous method wasn’t for me.

From then on, I spoke from a script.

Which is the best method?

The listener will get a better idea of your personality if you use the spontaneous method.

But on the other hand, the material will be presented in a more coherent and organized way if you speak from a script.

In the end, it’s about who you are and what works for you.

The headers for your PowerPoint slides should tell the student where they are in your course.

That means the header should contain the module number (or chapter number) and the lesson number, as in the example below: 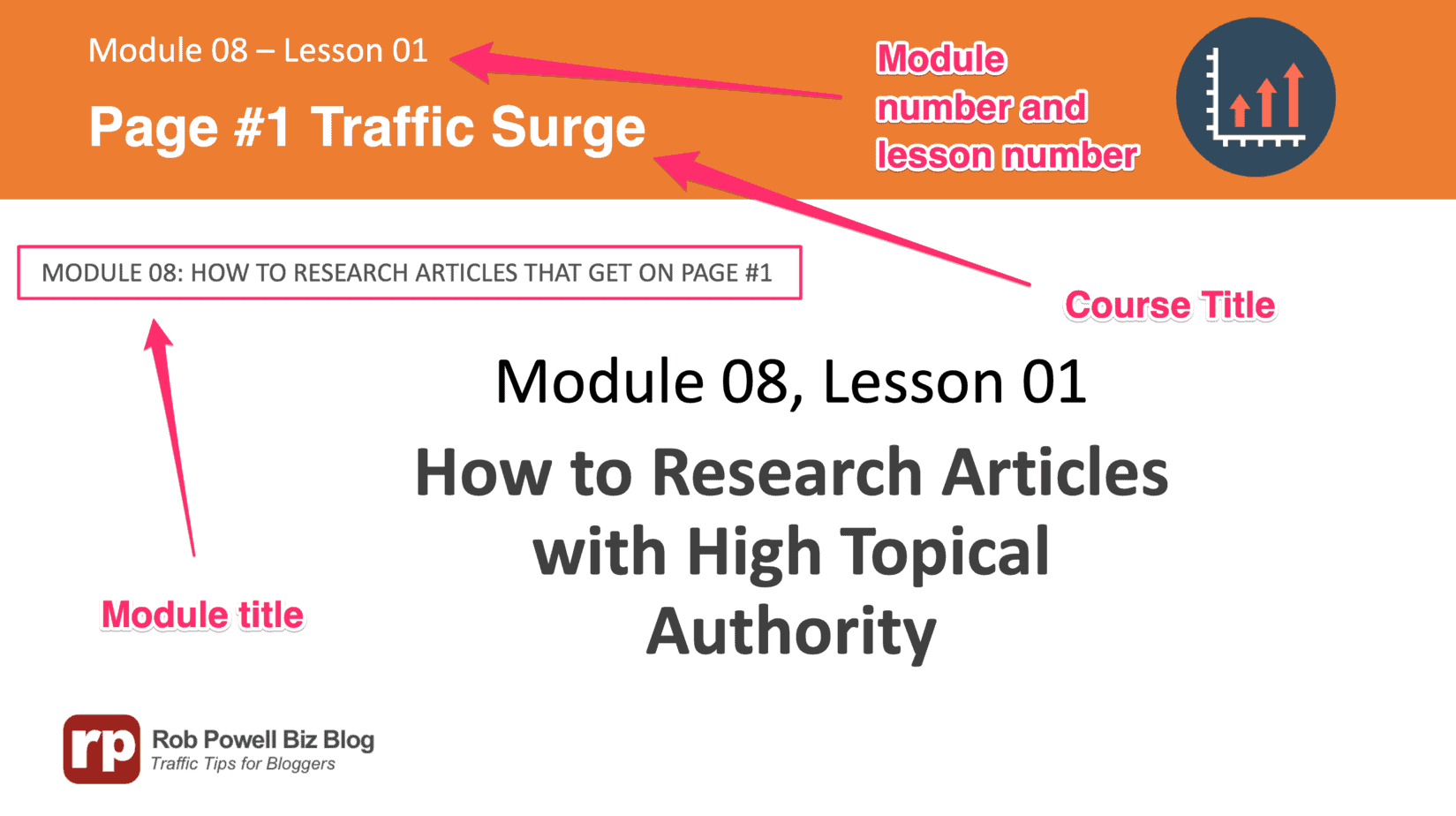 If the bullet point spills over to the next line, it’s too long.

If you need arrows and other annotations to draw attention to details in your screenshots, do them in the screenshot itself (using Skitch, SnagIt, Jing or another screenshot editor).

Annotating screenshots within the video software is fiddly and there’s potential for the annotations to get out of sync with the screenshots.

#8. Use a Good External Mic

But the most important component of your training video is not the video but the audio.

The audio is far more important than the visual component.

If people cannot hear clearly what you are saying that’s a far bigger problem for them than if the visuals are a bit blurry or lacking in sharpness.

So, invest in a good external microphone.

The one I use is the Audio-Technica ATR2100-USB: 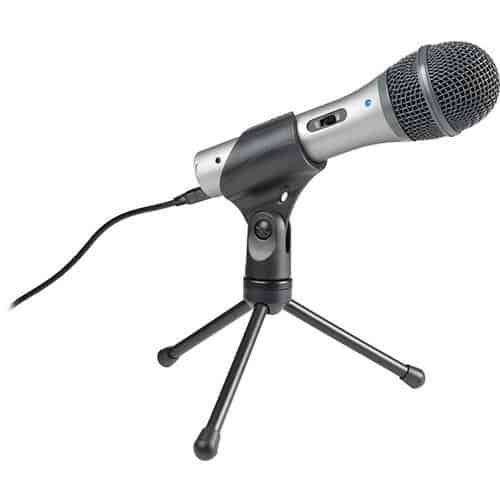 I highly recommend it - it gives crisp, good quality sound.

I would suggest you get a good tripod, so that you can position the mic exactly where you need it (the tripod that comes with the mic won't allow you to do that).

Tip: Keep your mouth as close to the mic as you can. I found that if my mouth was more than 6 inches from the mic, the audio had a slight 'echo' effect.

When you are recording a video of the PowerPoint Presentation, you need to sync it with the audio.

This is how I do it: 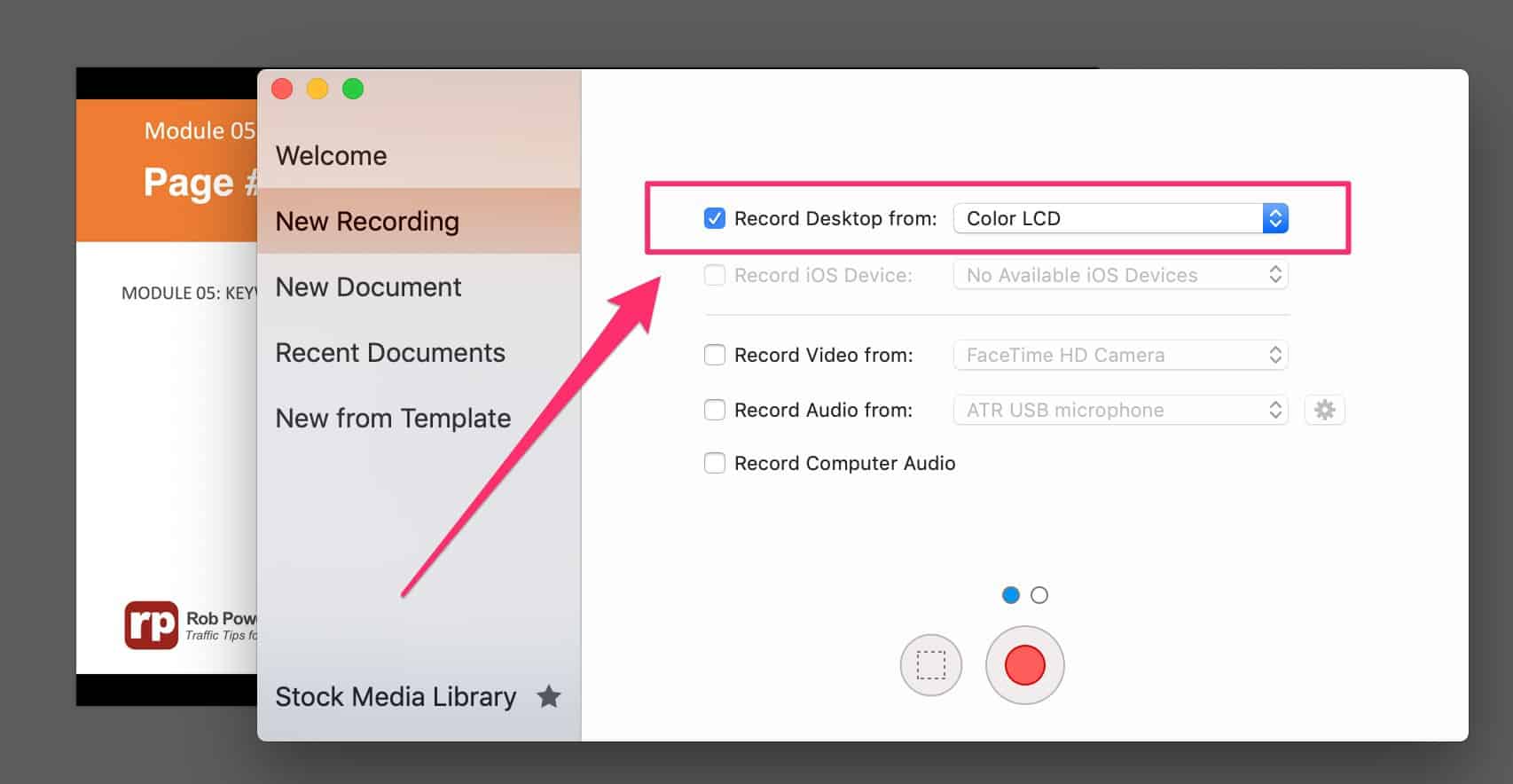 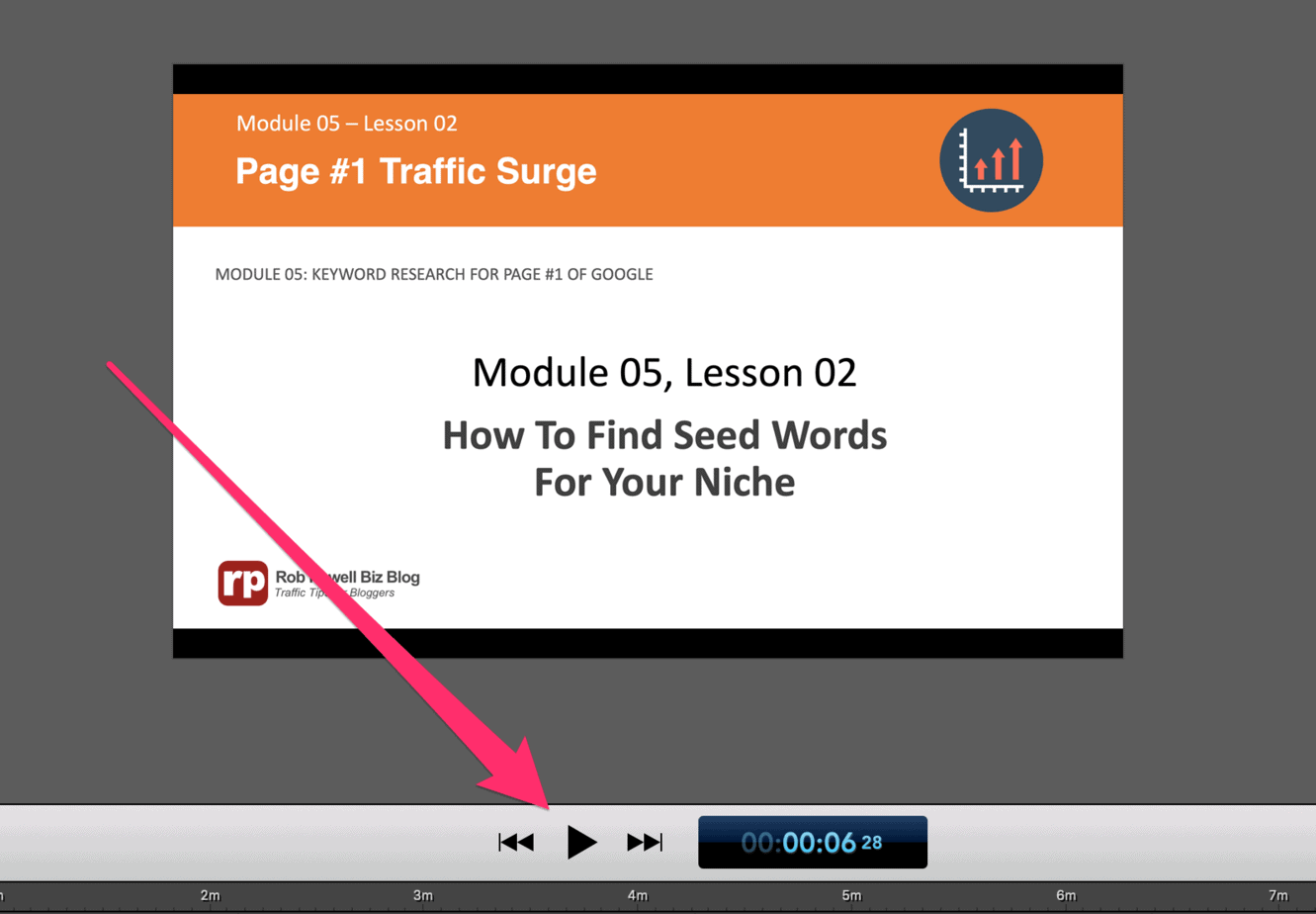 Here’s how to do it:

You’ll then be able to see which PowerPoint slide is coming next.

This makes it much easier to sync the PowerPoint slides with the audio:

Ideally, you should have the same audio settings for every  lesson in your eCourse.

That way, your students won’t have to adjust the volume with each new lesson.

These are the settings that worked for me:

I record with the recording volume set at 125%:

As soon as I add the audio to the Screenflow Timeline, I place the scrubber head on the audio clip and set the volume to 50%.

I then check the box that says ‘Smooth Volume Levels’: 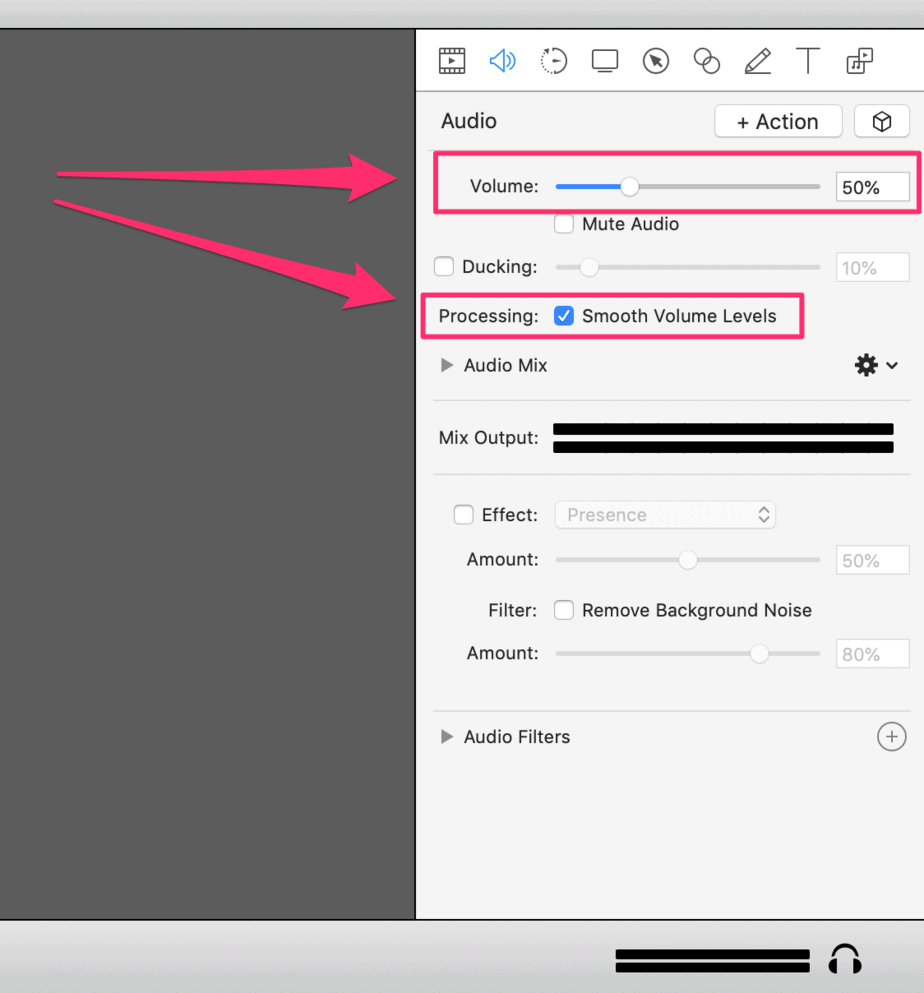 These settings may or may not work for you.

But whatever settings you end up using, apply the same settings to each lesson.

That way, your listeners won’t have to adjust their headset volume with each new lesson.

Turning your knowledge and expertise into an online course is a great way to monetize your blog.

But creating your first online video course will likely be a steep learning curve.

I hope these tips will make that curve a little less steep for you.